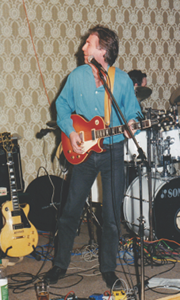 He has served on the research panels of a variety of bodies, including Action Research, the MS Society,  the Neurosciences and Mental Health Panel at the Wellcome Trust, the French AgenceNationale de la Recherché and he chairs the Scientific Advisory Board of the INSERM Institute for Molecular and Cellular Neuroscience, Paris, France. In 2008, he was elected to Chair the International Gordon Conference on Myelin.