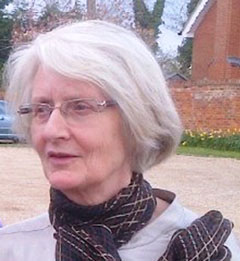 Together with Kristjan R Jessen I run a research laboratory at University College London (UCL). We are interested in identifying signals that regulate Schwann cell development, differentiation and response to nerve injury, including mechanical injury and neuropathies.

I originally obtained a PhD in radiochemistry from the University of Cambridge.  After a postodoctoral period in the USA where I began to do research on biological systems, I became a staff member of the MRC Neuroimmunology Project at UCL, led by Martin Raff from 1975-81, and later became a lecturer (1981) and professor (1990- present) in the UCL Department of Anatomy and Developmental Biology, (now Research Department of Cell and Developmental Biology).