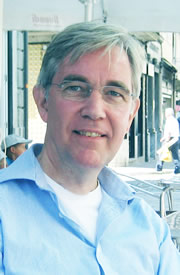 Kristjan R. Jessen obtained MSc and PhD degrees in Neuroscience at UCL, London. He has been a Professor of Developmental Neurobiology in the Department of Cell and Developmental Biology, UCL, London since 1993. His research is on (i) early Schwann cell development and the biology of the Schwann cell precursor (SCP), (ii) the molecular control of myelination and (iii) the response of Schwann cells to injury and genetic disease, including the processes of de-myelination, axonal regeneration and nerve repair. He became a Fellow of the Academy of Medical Sciences in 2002.