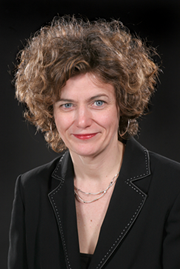 Mary M. Reilly graduated from University College Dublin in 1986. She moved to the National Hospital for Neurology and Neurosurgery, London in 1991 where she completed an MD thesis on Familial Amyloid Polyneuropathy under the supervision of the late Professor Anita Harding. She then completed her clinical neurological training subspecialising in peripheral nerve diseases. Since 1998, she is head of the peripheral nerve services in the National Hospital for Neurology and Neurosurgery and has an active research programme in genetic neuropathies. She received her FRCP in 2002, her FRCPI in 2003 and was appointed Professor of Clinical Neurology at UCL in 2010 and head of the Division of Clinical Neurology in the Institute of Neurology in 2012.